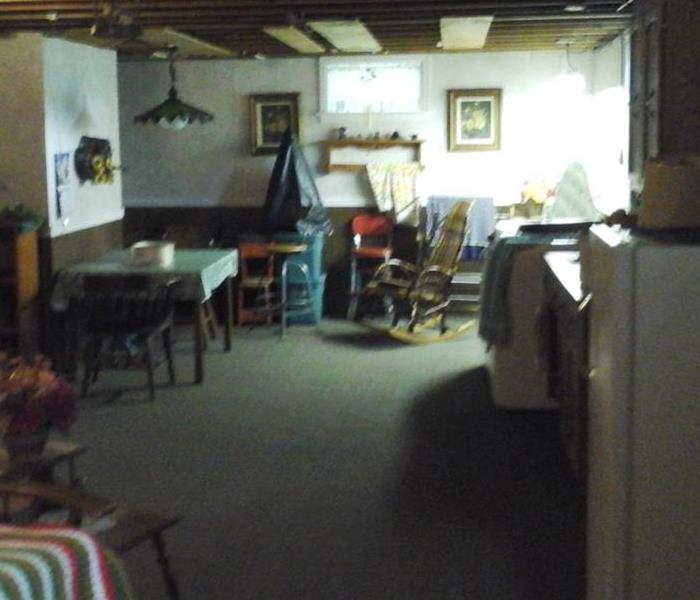 Here you can see damage to a finished basement due to a leaking pipe that has gone un-noticed for a few days.  The homeowners tend to only utilized this finished basement area for large family gatherings or to do laundry.

Our crews extracted the free standing water, as well as set up fans and dehumidifiers within the area to dry the space up.  In the meantime, furnishings and possessions were moved from the affected area and checked for damage as well.

The after picture was taken three days after SERVPRO of Somerset County & Westmont was called by the homeowner's insurance agency.

View More Before & After Photos