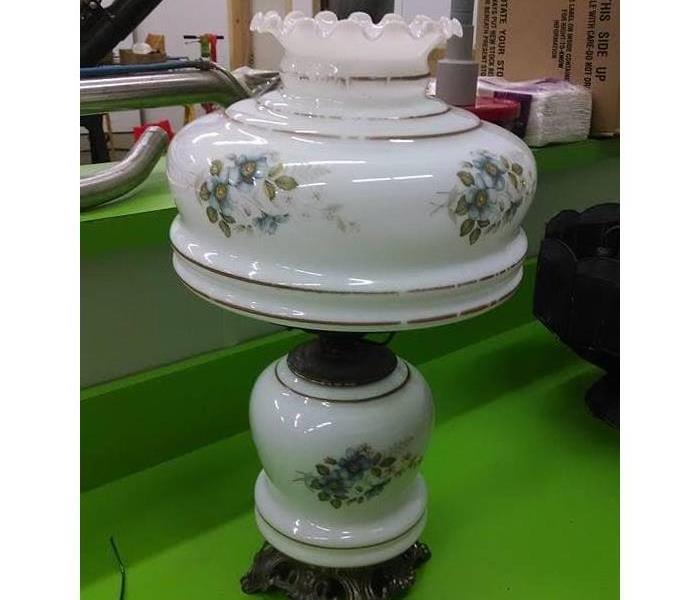 A family in the area recently experienced a fire at their home, in which most of their possessions were lost and/or damaged.  Here is an example of what our team of technicians was able to do with a lamp that had been recovered in the rubble of the remaining home.  After a few cleanings with the right chemicals, and some elbow grease, the lamp was returned to the family along with several other pieces that SERVPRO of Allegany & Garrett Counties was able to salvage.  The family was very grateful for the items being returned to their original state, given that several of them hold special meaning.

View More Before & After Photos